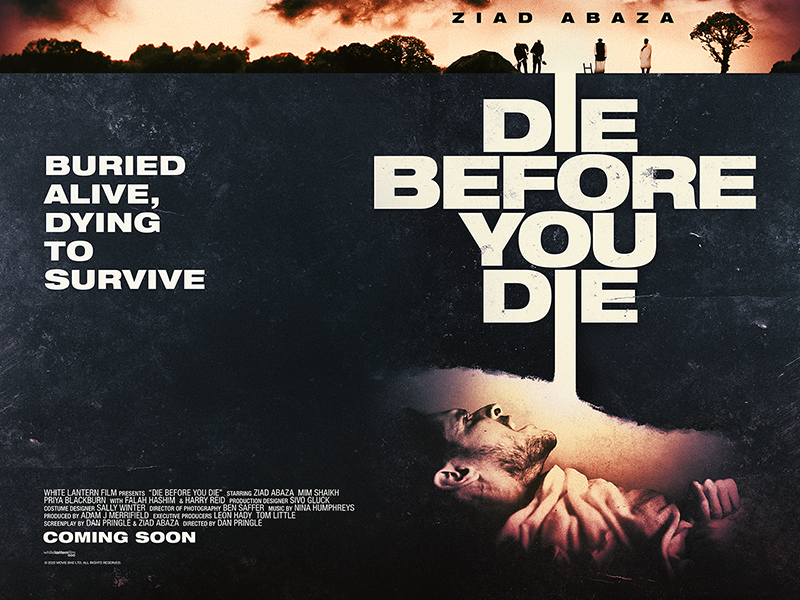 Adi is a successful vlogger whose channel is his life. He’s vain, superficial, and is more concerned with his view count and subscribers than the happiness of his adoring daughter, Mia. While out with his best friend and fellow vlogger pal Maz, Adi is approached by a fan, Lee, who offers him an idea for his next video. Lee proposes that he partake in a historic challenge, in which the participant is buried alive for 3 whole days with barely enough water and oxygen to survive. Eager to outperform a rival vlogger, Adi jumps at the chance.

Adi and his vlogger pal, Maz, head to the agreed meeting place, where It quickly becomes apparent that the organisers of the burial challenge are not as they seem. Within the dim and musky building, they are introduced to a group of elders from all corners of the middle east, further revealed to be Sufi’s, members of a mysterious sect of Islamic mystics. When the group explain that the burial is to be part of an ancient ritual, Adi is initially spooked and considers backing out, but Maz encourages him to go the course, stressing that Adi can’t risk his vlogging rival calling him out for not seeing it through.

Adi and Maz are blindfolded and transported to an unknown location before being introduced to the L-shaped hole in which they will be buried in.  Adi is encouraged to enter his grave first and the group subsequently work to fill it back up with soil, affectively sealing him six feet underground with nothing but an inch wide plastic pipe leading to the surface to provide air and light.

A day passes without event until the group fail to return with Adi’s water delivery. And when his air pipe is damaged, limiting his supply of oxygen, Adi begins to question the nature and motivations of the group. When no one arrives on day three to dig him back up, total desperation sets in.

With the question of who his tormentors are becoming less and less relevant, Adi battles impending dehydration, suffocation, and his own inner demons as he wrestles to stay alive and free himself from his prison within the earth.

Die Before You Die is equal parts claustrophobic thrill-ride and a moving story of personal transformation. Adi’s existential journey from superficial celebrity to humbled father provokes the question, can we ever be truly in control of our fears and desires?

At White Lantern Film we invest in movies which make a difference, challenging the way we all see our world.

Due to existing commitments, we are unable to read unsolicited scripts or treatments.

Sign up to our newsletter by entering your details below.